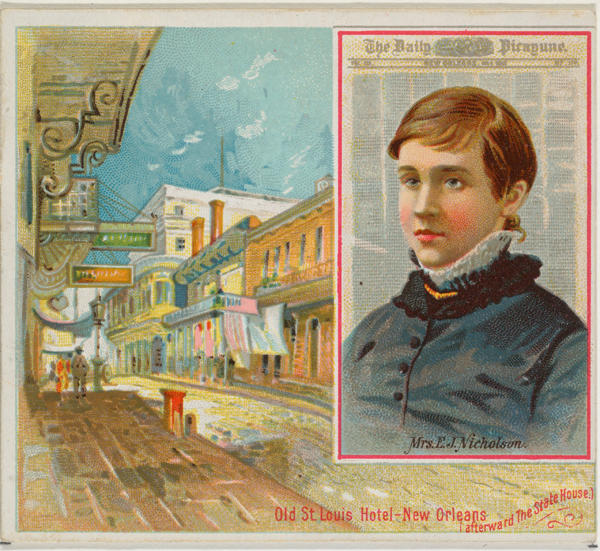 Having a crush on someone can be fun, even if you know there’s no chance of anything ever really coming to fruition. Like, when that person’s been dead for 120 years.

“I have to say that I have a little bit of a crush on her,” says Joseph Makkos, a historian and newspaper junkie. “It’s strange to say that, but she’s so romantic in her own light.” Makkos is talking about Eliza Jane Nicholson, the first woman to publish a major newspaper in the United States—the New Orleans Daily Picayune. But Makkos says her career didn’t start with hard news. It started with poetry.

“She’s a girl from the country, she had a love for animals, a love for nature, and her earliest poetry really reflected that,” Makkos says.

Eliza Jane was born in Mississippi in 1843 (although she changed her birth date to 1848 later in life). Her family had money, and girls in her position, who didn’t need to work, were expected to get married and stay at home. But she wanted a career.

Pat Brady is a writer, historian, and another Eliza enthusiast. She wrote the chapter on Eliza Nicholson for a book called Louisiana Women: Their Times and Lives. Brady says Nicholson didn’t just start writing little ditties for kicks, she wanted a real career. But her parents weren’t cool with her chosen profession, or her having one at all. 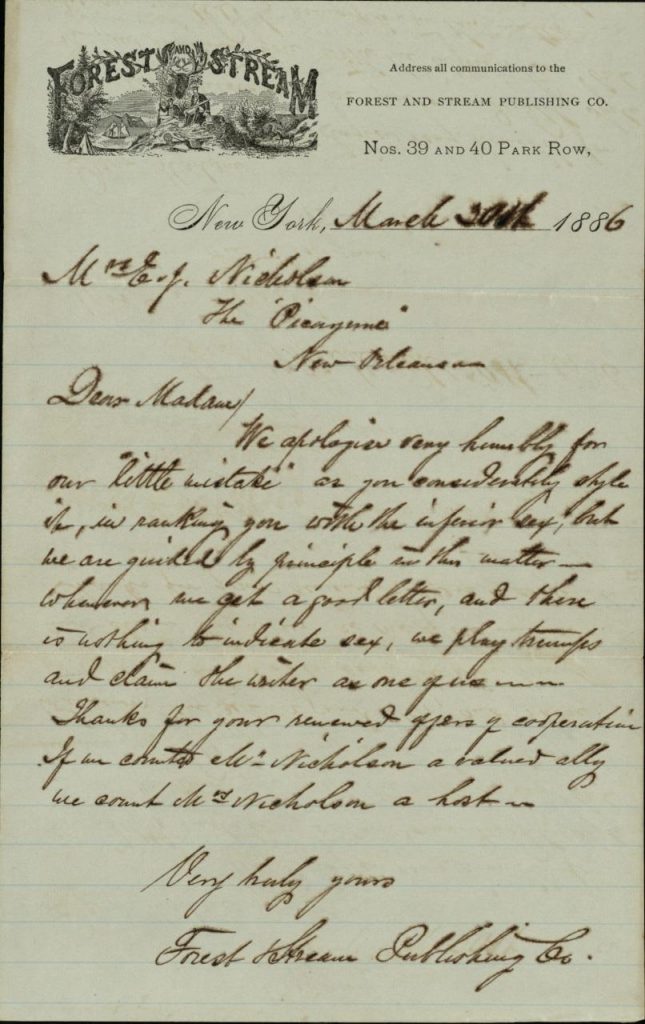 A letter from Forest and Stream Publishing to Eliza Jane Nicholson, apologizing for assuming that Nicholson was a man, March 20, 1886
CREDIT THE HISTORIC NEW ORLEANS COLLECTION

“They were scandalized when she started writing,” Brady says. “And as she said, she wanted to be paid for what she wrote. She was a redhead! And you know how redheads are. And she always talked about that. She was a tiny little woman, just five feet tall, itty-bitty hands, a little pug nose, and a lot of red hair.”

Looks like Brady caught some feelings too, along the way, for Nicholson…but not for her poems, penned under the pseudonym Pearl Rivers, a nod to the Pearl River that connects Mississippi and Louisiana.

“Her poetry wasn’t that good, really,” says Brady, “but it did give her the attachment to the newspapers. We don’t realize anymore, but newspapers were the main audience for fiction.”

So Nicholson left home, moved to New Orleans, and started submitting her poems to the Picayune. Before long she was hired as the paper’s literary editor.

“People couldn’t quite believe how determined she was,” says Amanda McFillan, who works at the Historic New Orleans Collection. “The owner of the paper, who was a much older man, 35 years older than she was, was just in the process of getting a divorce from a wife who said she couldn’t wait to get rid of his scabby old body.” That old body belonged to Nicholson’s boss, Colonel Alva Holbrook. The Colonel and Eliza Jane fell for each other, and got hitched.

And that ex-wife who couldn’t wait to get rid of the colonel? Well, suddenly she realized old and scabby wasn’t too shabby. Or she just went a little cuckoo, says McFillan.

“And so she came to the house to kill Eliza Jane! She had a gun; she fired at her twice—missed, thank goodness—and then hit her over the head with some object. And luckily the maid that was there at the time came to Eliza Jane’s rescue, she was able to run to a neighbor for safety, and she got out of this safely. But that incident, even though she was a victim, was scandalous.”

The scandal made all the papers; they were all fighting for circulation and therefore loved to talk smack, especially about their competition. This tabloid treatment made Eliza step down, after five years as literary editor. She later wrote that life was so terrible at that time, that the only thing that got her through was her dog, Mat. 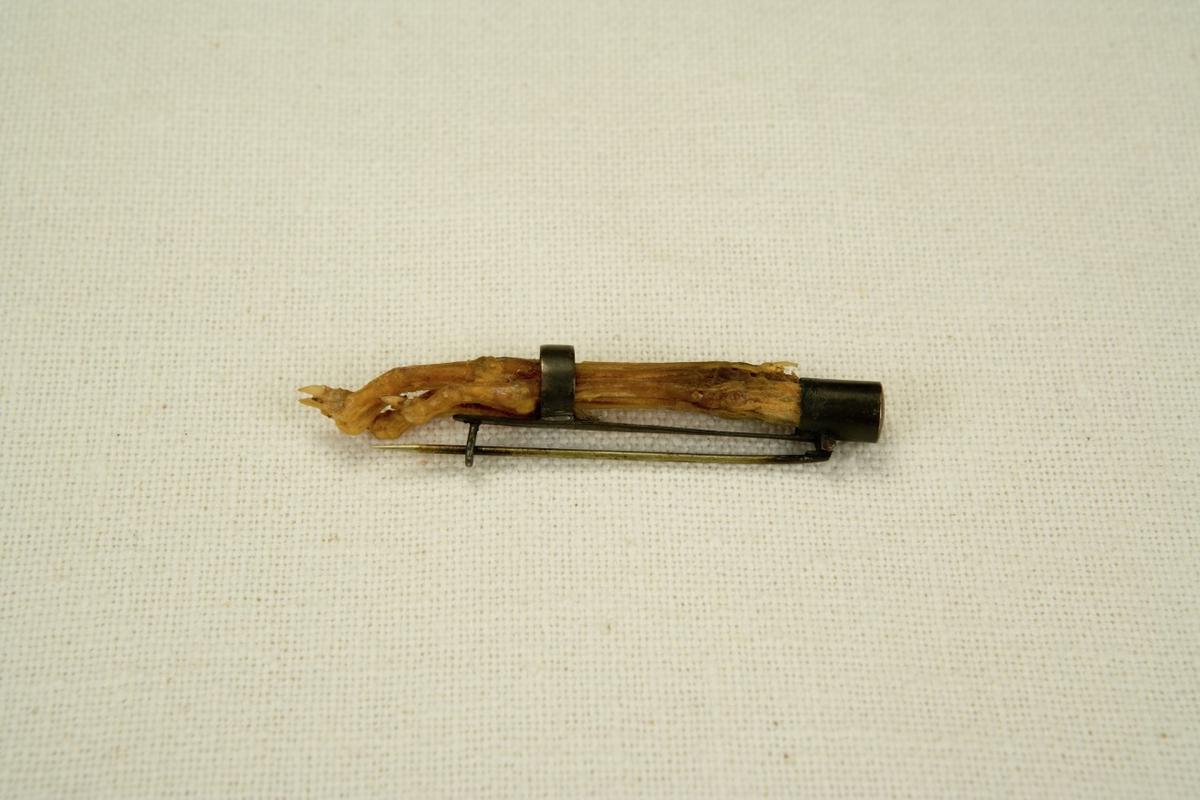 “When he passed she was very distraught and had one of his paws preserved and made into a brooch,” McFillan says, looking at an image of the brooch. She’s curating an exhibit at the Collection called “Voices of Progress,” featuring 20 women who changed New Orleans, Nicholson being one of them.

While Eliza was hanging at home wearing her dog paw, Colonel Holbrook had sold the Picayune, then watched the new owners manage the paper so poorly that he bought it back from them, along with a massive amount of debt. But then Holbrook died, leaving the near-bankrupt paper in Eliza’s hands.

“Her relatives encouraged her to just let it die,” says Brady. “But she decided that instead she was going to take the newspaper and turn it around and make it prosperous again. And she wasn’t going to turn it over to someone else.” She was going to run it.

“And she went downtown back when all the newspapers were on Camp Street in Lafayette Square,” says Brady, “dressed to the teeth in a great big hat, in the big family carriage, and she walked in and said, ‘these are the plans. I’m not letting the paper die. I will be running it. And if you don’t want to work for a woman, then that’s fine, but if you stay, know that I’ll be the boss.’” 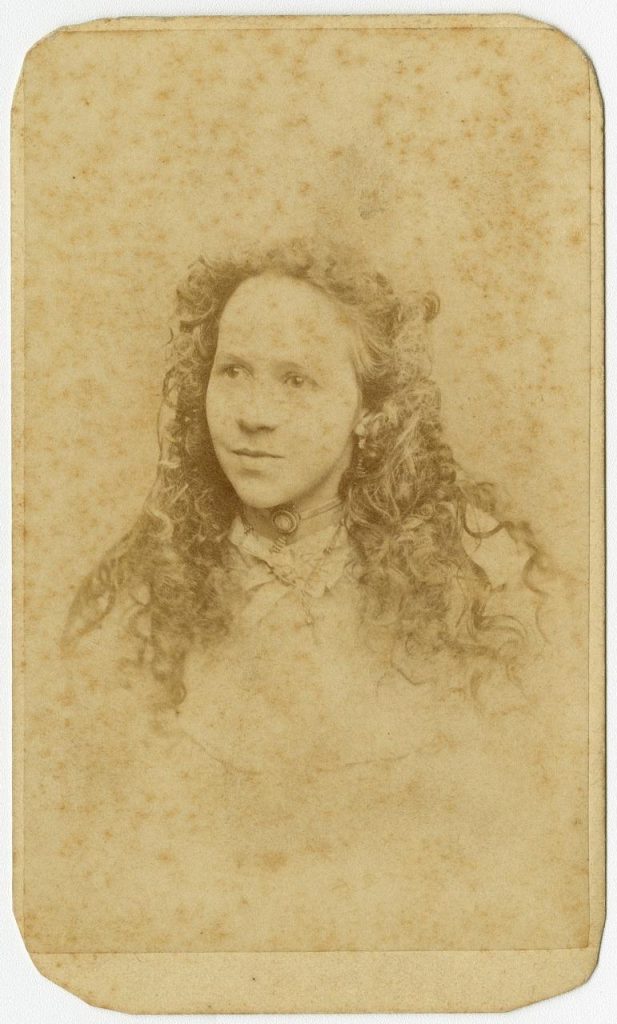 This was 1876. Nicholson wasn’t just a figurehead; she edited every word of the paper. She changed the masthead to Mrs. Alva Holbrook, Publisher. Almost immediately, Nicholson transformed what was a very straightforward, smoking man’s newspaper into what she called a family paper.

“This meant that there were features for all the family,” Brady says. “She really hyped up the literary part and started a society column, which was one of the first in the nation. And she started the the Weather Frog and had weather reporting, and a Children’s Corner, so the whole family could take the paper and use their part. And she tripled the circulation.”

This impressed all the men who stayed to work for her, especially Business Manager George Nicholson. A year and a half after her first husband died, Nicholson married her business manager, and they ran the Picayune together. This is when Nicholson started opening doors for other women. 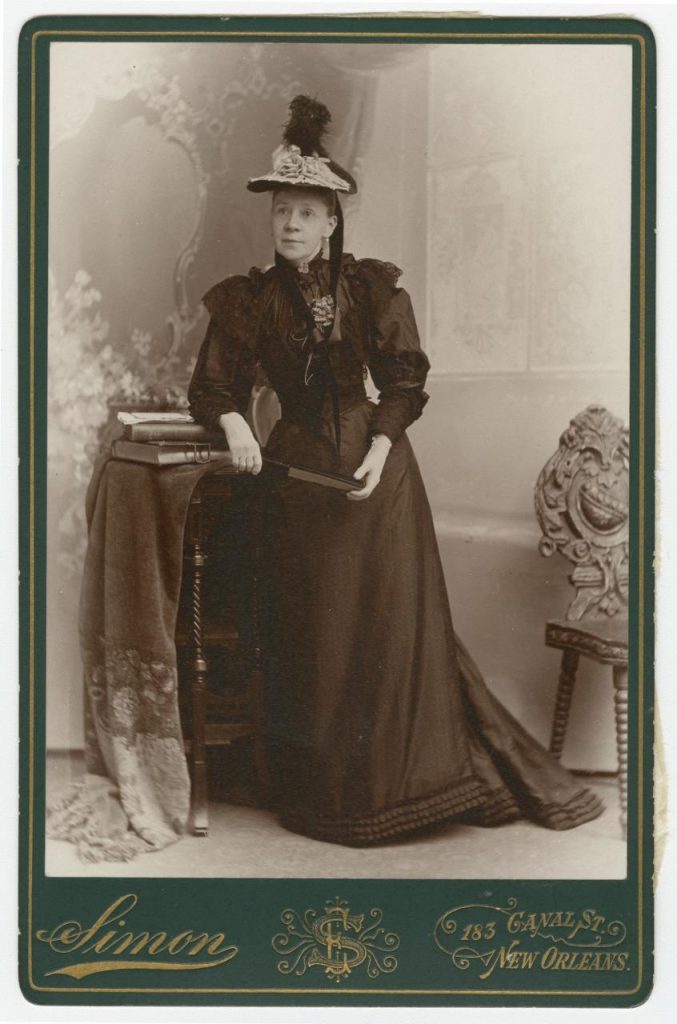 “Not only did she hire a lot of women (most papers in town didn’t even have any women in them), but she paid them exactly the same that she paid men in the same position.”

Nicholson’s 19th century version of leaning in was largely accepted by men (probably because they all had crushes on her, too), but her homemaker lady peers weren’t as down. She was out in the workplace and hiring others who wanted to do the same, including the world famous advice columnist Dorothy Dix. Nicholson wrote letters with other professional women around the country, including New York Publisher Frank Leslie, about the hardships of being a woman with ambition, which ruffled some non-working women’s feathers.

“She did not have many women friends,” says Brady. “There was a barrier between what she had done and what they had not done. So that’s my gal!”

After 20 years of running the paper together, Nicholson’s second husband, George, got the flu and died. Eliza caught it from him and died eleven days later, in 1896, at the age of 53. She was survived by her two sons, who took over the business (one of their wives eventually became the editor), and the Picayune remained a locally owned newspaper well into the 20th century.

Who knows how Eliza would have navigated or viewed the digital world of newspapers, but her trusty weather frog survived the digital shift—and even made it on to Twitter! But he hasn’t tweeted since 2013. I have to think this would make Eliza sad, which probably makes Joseph Makkos sad. 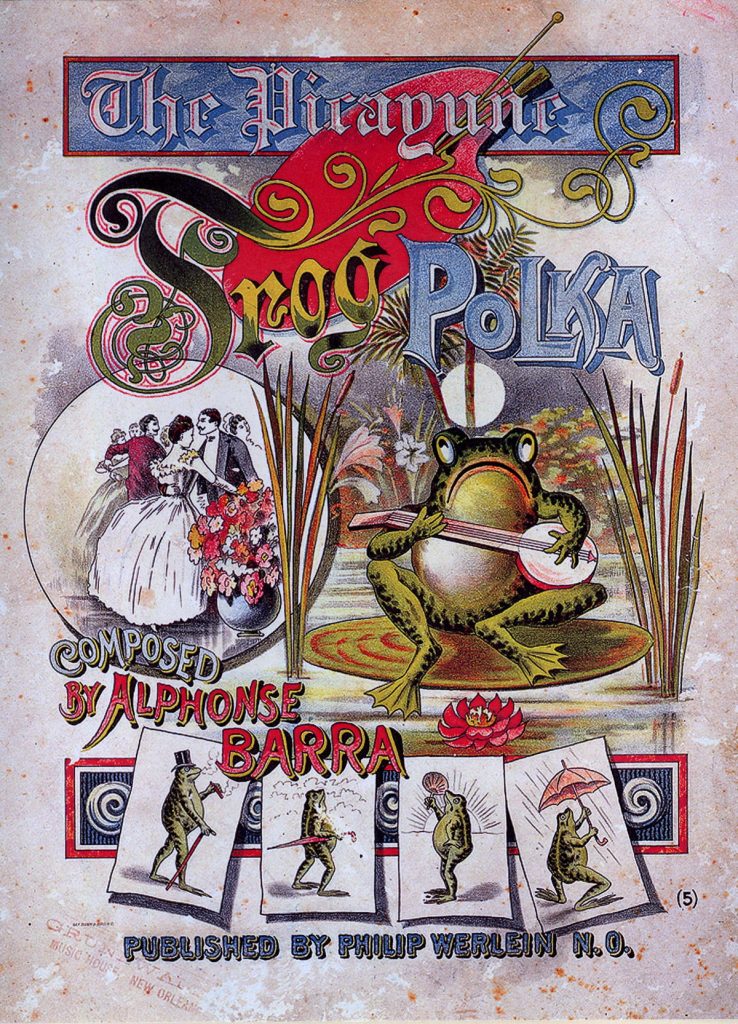 “You know the famous song the brass bands sing, Lil Liza Jane?” Makkos wonders, “is this about her? It’s probably not! But it can be for me…and when I hear that song I can’t help but think of Eliza Jane Nicholson.”