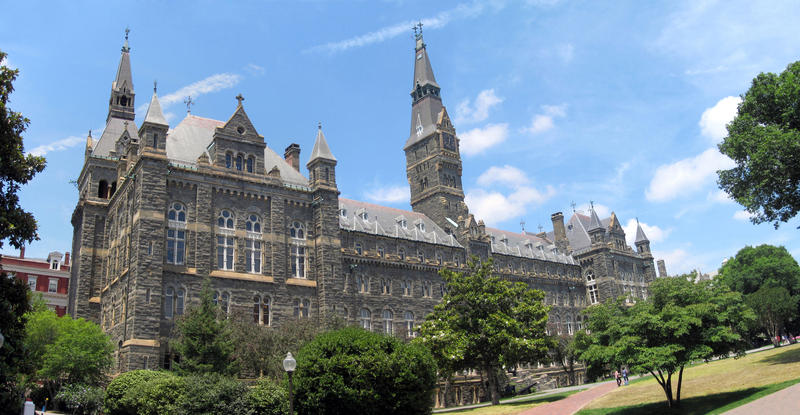 TriPod: New Orleans at 300 returns with the first in a two-part series about one of the largest sales of enslaved people in our country’s history. In 1838, Jesuits from Georgetown University sold 272 people to Louisiana. Listen to Part II here.

We don’t usually start here, but let’s jump up to the Mason-Dixon line for moment—and back up about 200 years. Okay, now zoom in on Georgetown University—the oldest Catholic and Jesuit institution of higher learning in the United States. Starting after the War of 1812, Georgetown Jesuits began rethinking their assets, in particular their human property. For more than two decades they debated whether or not they should own slaves. By the 1830s, they were leaning towards no, and they were batting around ideas about how not to have slaves anymore.

Adam Rothman, a professor of history at Georgetown, came down to New Orleans for a roundtable discussion on the legacies of Georgetown’s ties to slavery.

“They actually considered emancipating their slaves gradually over a term of years and converting their enslaved people into free and tenant farmers. One gentleman even recommended freeing the slaves and sending them to Liberia where they could have their own country,” Adam says.

Both were options pursued by slaveholders in the early 19th Century. But if Georgetown had made either of those moves, it isn’t likely that Adam would be sitting at this roundtable in New Orleans, at an event titled: Sold South.

Because, in the end, “the Jesuit leadership made a fateful decision to sell virtually the entire slave community to purchasers in Louisiana. They were really killing two birds with one stone by doing this. On the one hand, they were ridding themselves of the burden of slaveholding: the moral, material, and managerial burden of that. Now on the other hand, they were going to raise money through the sale to help pay off the debts of institutions like Georgetown College.”

It was 1838, and Georgetown was in major financial trouble. At the time, for ethical reasons, they didn’t charge tuition.

“It was really because Jesuits, with our vow of poverty, weren’t supposed to have any income—the idea at the time,” says Matthew Carnes, a Jesuit father and professor of government at Georgetown. “Those competing ethical senses are very deep and profound.”

To relieve themselves of enslaving people, and to make $3 million dollars (in today’s money), two Jesuit Fathers sold 272 enslaved people—a close community of fathers, mothers, and children in Maryland—to two slaveholders in Louisiana.

In 2015, Georgetown was reopening two buildings that were named after the two Jesuits responsible for this sale. This prompted the president of Georgetown, John J. DeGioia, to write a letter to the community acknowledging this slaveholding history through these buildings: Mulledy and McSherry Hall. 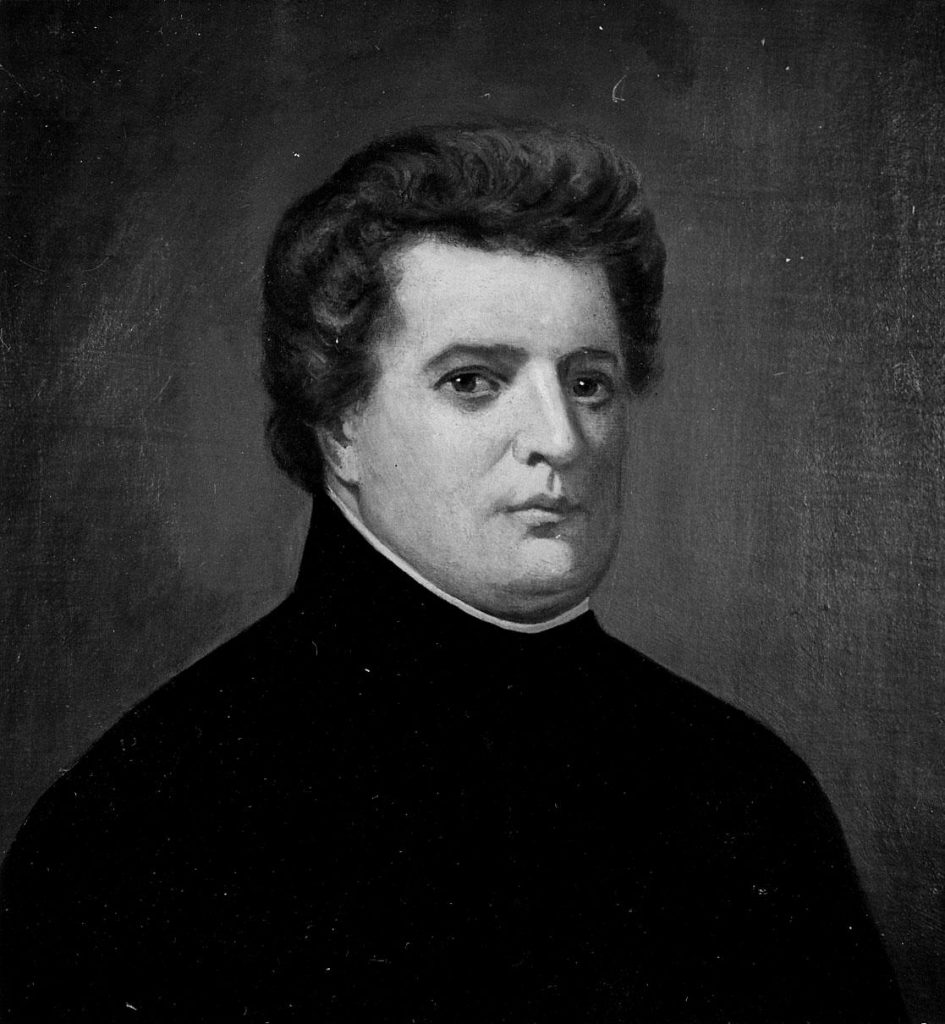 In this letter, he announced the formation of the Working Group on Slavery, Memory, and Reconciliation. He assembled the group to make recommendations for replacement names for each hall, and to help guide the university’s ongoing work related to the legacy of slavery.

This wasn’t news to Georgetown academics who had studied this historic transaction for many years. But Adam says, in all those years, major questions have been left out. “What happened to those people? What happened to the community that was sold in 1838? The question was just never asked.” 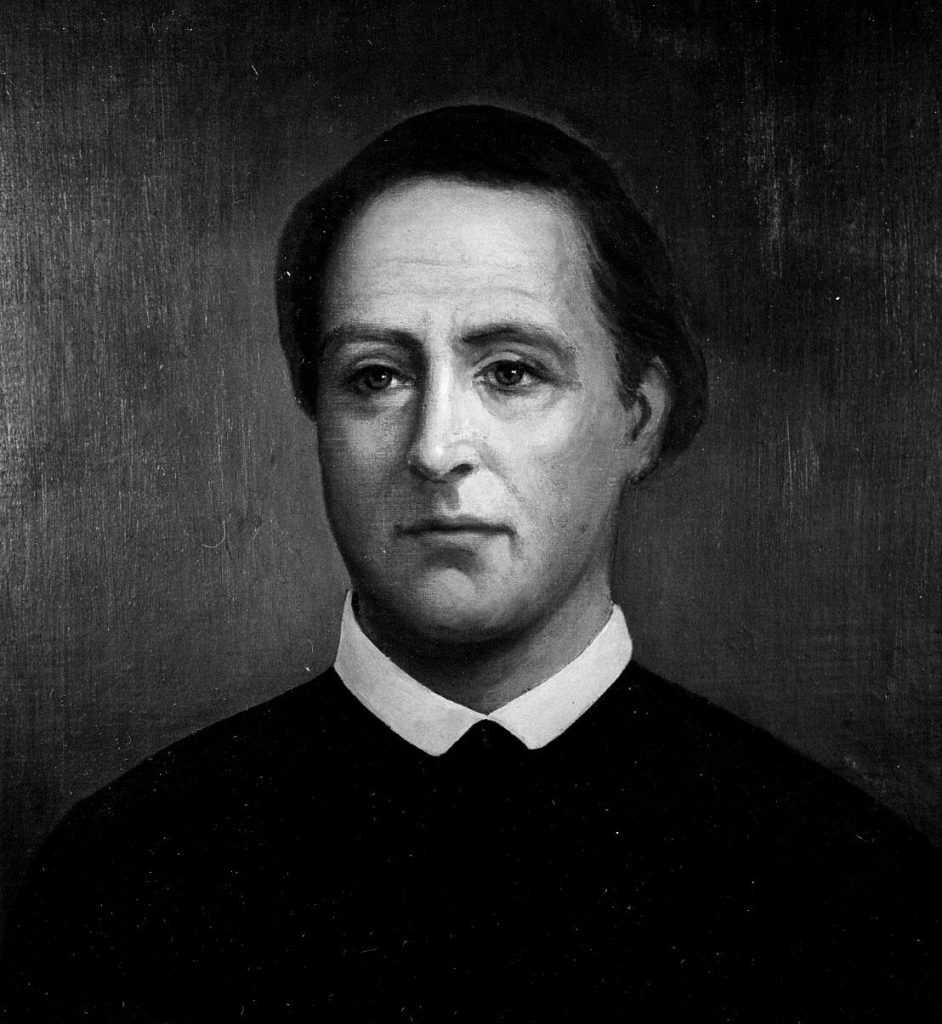 Father Carnes was part of the working group launched by President DeGioia. The group was made up of five committees. Carnes was the coordinator of the Ethics and Reconciliation committee. “I’m not sure any of us realized that there could be an easy way to connect with descendants,” says Carnes.

Manifest of the Katherine Jackson, the ship that carried 272 enslaved people from their homes in Maryland to New Orleans, Louisiana
CREDIT GEORGETOWN SLAVERY ARCHIVE

“That was something that started to emerge from our exploration of the documents and people thinking this through and saying, ‘these descendants are not that far away. There can be bridges built there.’ Our task was really to consider the ways that reconciliation might be thought about in the context of the sale, both reconciliation that we might observe here on campus and the ethical ramifications for the descendants.”

That’s a hefty task. By April 2016, the story of the university’s soul searching was making national news, but something was missing. If the descendants of the 272 enslaved people were being considered, shouldn’t they be brought to the table?

Karran Harper Royal says yes. She found out about the story by reading a New York Times article. Karen and her husband are both descendants of this sale, but Georgetown didn’t tell them. She saw it in the news.

“I had been doing genealogy for my family, and when I saw the name Hawkins in the New York Times and the city Maringouin, I knew that was my husband’s family,” she says.

Karran’s family was put on a ship in Maryland, arrived in New Orleans, and was divided up among three different plantations that were owned by a man named Jesse Beatty.

Then, on July 14th, 2016, Karran saw a CBS news report about the sale. The report included Cheryllyn Branche, whose great great grandparents, Hilary and Henny, were amongst the 272 slaves.

“Well, Cheryllyn Branche was my PE teacher in the 1970s,” Karran says. She got a call from the Georgetown Memory Project, the main genealogical effort that’s tracing the ancestry of the 272 people that were sold to Louisiana. That’s how she found out she was a descendant.

“You think about the traditions of your family—where you came from, where they came from, what kinds of lives they lived. And for me, it just seems as though that was only two generations back that I could talk about—ever.” Cheryllyn says her family talked about surviving the Great Depression, but no further back from that. They just didn’t go there.

Cheryllyn talks about the impact of that silence. “I believe that there was certain shame. I believe that anybody who feels oppressed may have a feeling that it’s their fault, a feeling of hopelessness, of degradation. And so emotionally, I don’t know if my grandmother, because her father was a slave…I don’t know how much he talked about it by the time she came along. I think of what Basil must have conveyed to his children, that even my grandmother, again, might not have conveyed to us.”

Basil Ford was Cheryllyn’s great-grandfather. He and his parents, Hillary and Henny, were sold to the Chatham Plantation in Ascension Parish. In an op-ed she wrote for the New York Times, Cheryllyn notes that a former governor of Louisiana, Henry Johnson, owned the plantation. “He bought my ancestors,” she wrote.

Cheryllyn says she doesn’t know if there’s pride in being enslaved.

Karran Harper Royal thinks this is passed down generationally. She sees this play out in her own family—who wants to engage in this history and who wants nothing to do with it. “Slavery was never discussed in my family. Never. Even now talking to some of the elders, one of my husband’s uncles doesn’t want to have anything to do with this.” 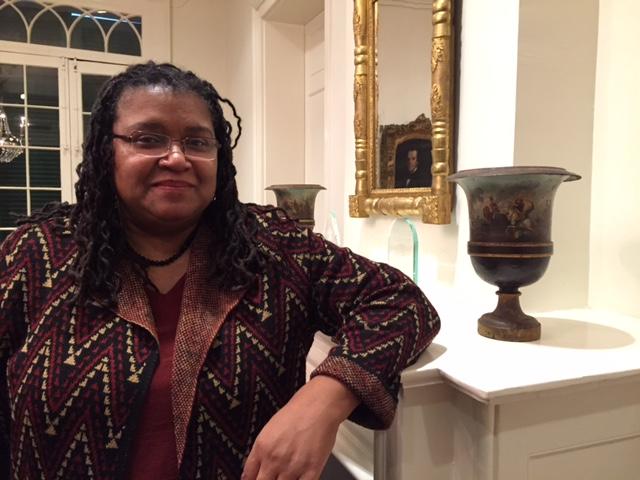 Cheryllyn says, after all these generations, she, as a descendant, can be the one to muster up pride for her ancestors. “We are speaking for them. We are their voices now.”

That’s why Cheryllyn and Karran are both part of the working group to center the descendant perspective.

After a successful student protest inspired by similar demands made by students at universities across the country and a recommendation on behalf of the working group, the two buildings are being renamed. 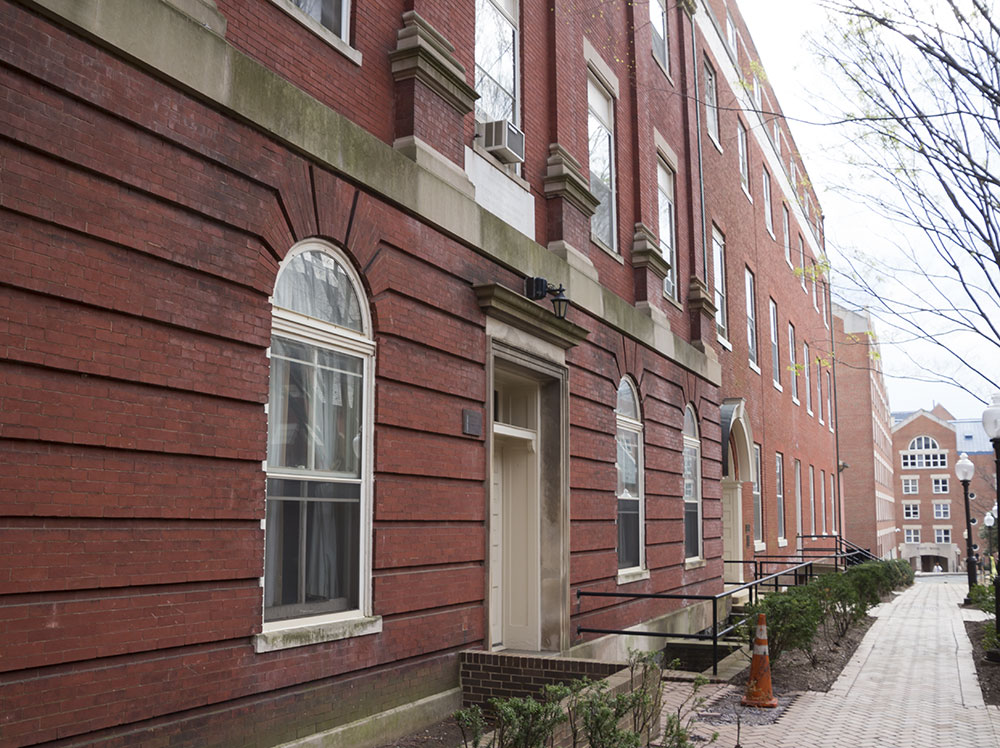 “We named the dormitory Isaac Hall after the first slave, Isaac Hawkins, listed on the bill of sale in 1838,” Carnes says.

The working group also created a digital archive, the Georgetown Slavery Archive, of historical documents. They also conducted research, connected with descendants, and hosted community dialogues and events on and off campus. And, they offered legacy status for descendants looking to apply—in other words, preferential treatment in the application process offered to children of university alums.

“I know descendants will probably be applying. And it’s a wonderful thing to think that some of them could be coming through that. It’s exciting to think about how that may bear fruit as well,” says Carnes.

This all happened in less than two years of Georgetown’s confronting its history and reckoning with what reconciliation means, looks like, and provides.

Back at that Sold South roundtable in New Orleans, Adam is joined by Cheryllyn and another descendant, Sandra Green Thomas (you’ll hear from her in Part II of this story), who are all part of the working group.

In the middle of the discussion, Moderator Raphael Cassimere, a UNO professor and civil rights veteran, asks the question we were all waiting for. “Do you think Georgetown has done enough to right this wrong?”

The answer, and where to go from here, coming up on the next TriPod.