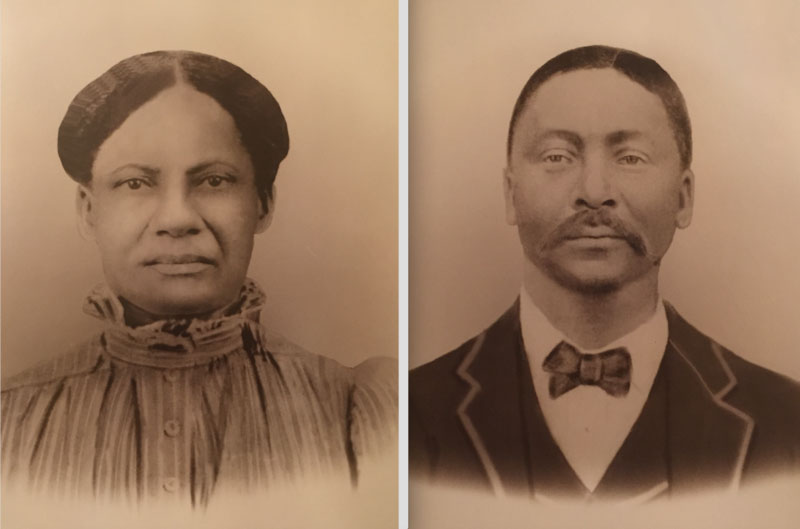 TriPod: New Orleans at 300 returns with part two of its series about one of the largest sales of enslaved people in our country’s history and an attempt at reconciliation. Listen to Part I here.

We left off at the Sold South panel that took place in New Orleans in December of 2016. The discussion centered around something Georgetown University did in 1838, when the institution sold 272 enslaved people to two plantations in Louisiana to avoid bankruptcy.

About an hour into the conversation, Cassimere came out with the question. He asked, “do you think Georgetown has done enough to right this wrong?”

There was a pause, then Rothman responded, “uh…I’ll answer that first.”

The room filled with nervous laughter before Rothman jumped in again. “Let me preempt them by saying no, I don’t think Georgetown has done enough. I think we’ve made a good start, and there’s a lot more to do.” 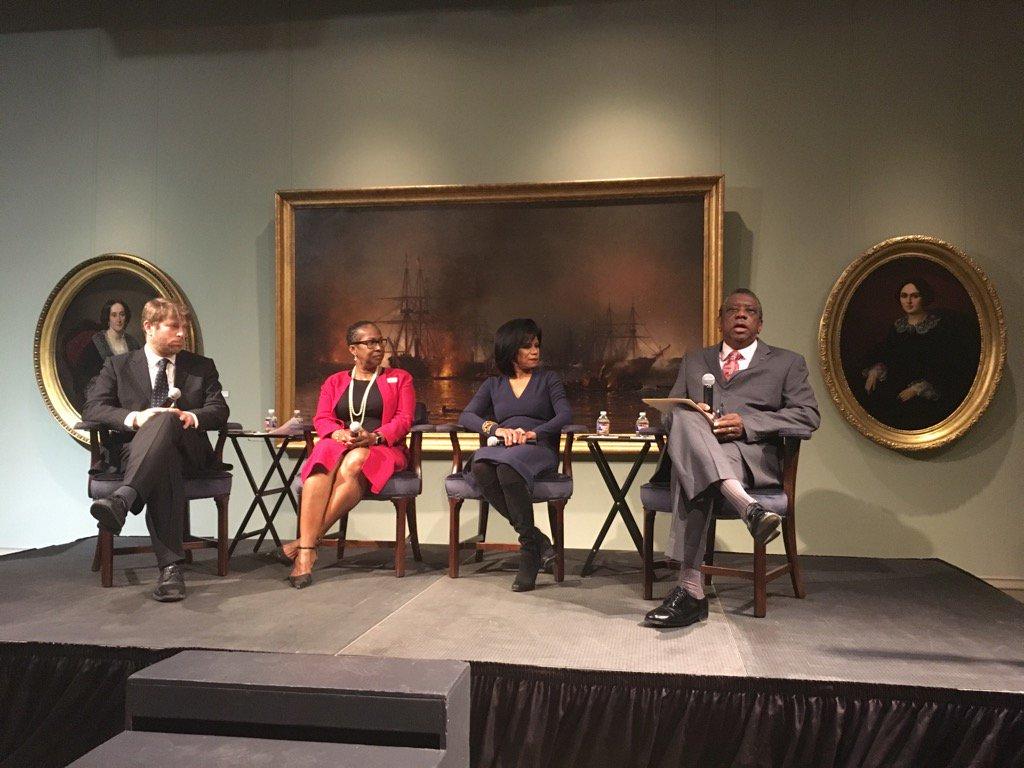 Like, what? This is the question that Georgetown and the descendants of those 272 enslaved people have been thinking about. Only recently did many of these descendants discover this deep traumatic family history, and many are still grappling with this new information on an emotional level. To guide Georgetown about what exactly would be enough, the descendants are figuring out what it is they want. It’s a rare opportunity to design a process with tangible outcomes that could repair some of the unfathomable damage of slavery.

Karran Harper Royal is another descendant of this sale. She says the more she learns about Georgetown’s ties to slavery, the more she understands why this story is such a big deal.

“Why is this such a big story?” Karen said, “because one sale of 272 human beings is one of the largest slave sales in this country. And it was done by members of the clergy. That’s why it’s a big deal.”

Got it. And Georgetown gets it too, which is why they went public with this news in 2015. Let’s recap what else they’ve done since then: they renamed two buildings on campus that were formerly named after the two Jesuit slaveholders responsible for the sale, they opened an African American Studies Center, they created a public digital archive of the research done on the sale, connected with descendants, and they hosted community events on and off campus. As for what they offered the descendants themselves: if they apply to Georgetown, they’ll get legacy status.

What do descendants think of this? Cheryllyn’s not satisfied.

“They can’t say, ‘there there, now, you have some legacy status like an alumni’s child,’” she said. “That’s not enough. The Jesuits, they must do more, and they know it.”

Sandra Green Thomas said, not only is it not enough, it doesn’t fit. The descendants of slaves sold by Georgetown are not the same as the children of Georgetown graduates. “Well, I think that the contributions made by our ancestors was so unique and specific that legacy status really has nothing to do with us. We need a status entirely of our own.” And free tuition, she said.

“Education is the great equalizer,” said Karran Harper Royal. “At least that’s what we’ve all been told. So no, we’re not asking for a pile of cash in our hands.”

That’s what they want, but are they going to get it? The foundation exists, but Georgetown has yet to respond formally to this idea. And it’s not just about higher education. The descendants want this reparations process to include lower rungs on the education ladder. Because right now, free admission to Georgetown wouldn’t benefit that many descendants.

“Of course, living here in Louisiana, we know that we would probably have very few folks who would even qualify to go to Georgetown,” Karran said. “So perhaps we should be looking at backing up that support for education even down into the elementary and high school levels.”

“And we’ve discussed that as a group, particularly in Maringouin,” Cheryllyn said. “It’s a farming area, and they do still raise the same kind—sugar, and those kinds of things.” 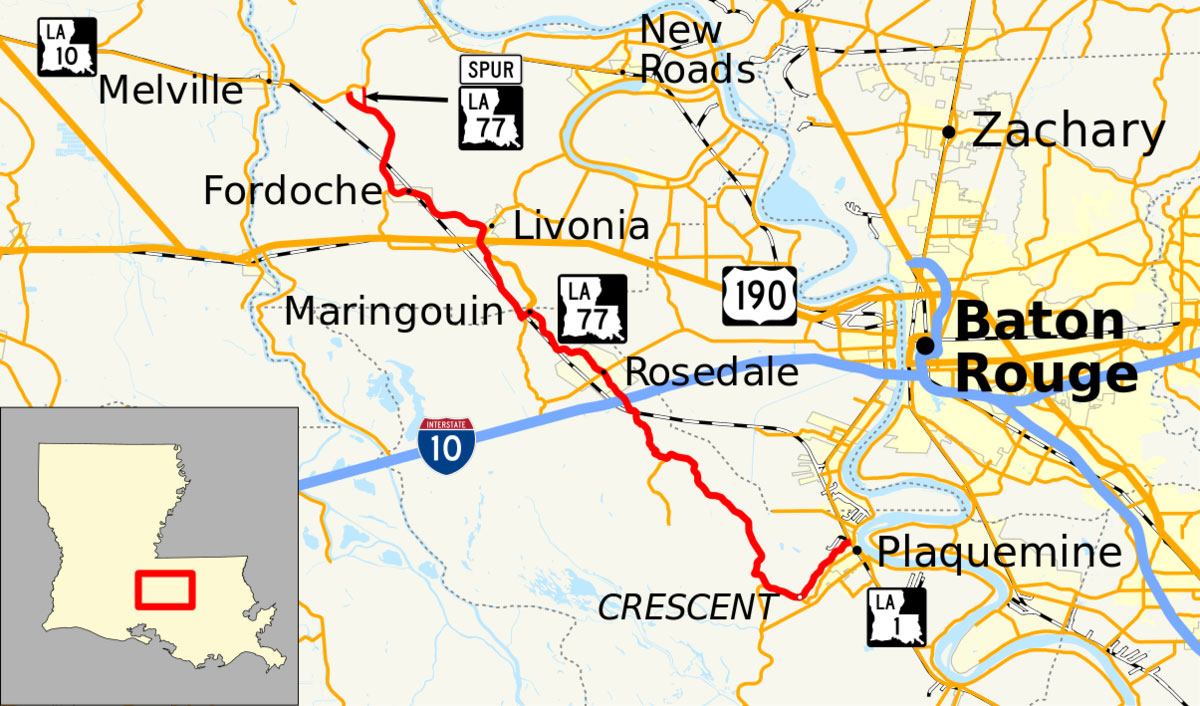 Some of the families who were sent down to Louisiana in 1838 ended up on the West Oak plantation in Maringouin, Louisiana. Maringouin is in Iberville Parish. The population is 87% black. The census report between 2008-2013 states that by 8th grade, only 41% of students are on track to be prepared for college. Only 5.2% of adults living in Maringouin have a bachelor’s degree. These numbers matter because a lot of the people that live in the area come from the same families that were sent there in 1838. Descendants of the formerly enslaved stayed there for generations after the Civil War. Karran’s family didn’t even leave the plantation.

Many of these families stayed where they were, Karran said. “In Maringouin, where my father-in-law is from, they ended up having work contracts with their enslavers.”

These families remained in the same poor, rural areas well into the 20th century.

Ayo Aruleba grew up in the Bronx, his parents are from Nigeria, and he’s one of five Georgetown students that was invited to be a part of the reconciliation working group. He agrees that reparations should include improving K-12 education.

“I thought about my own experience with high school where only around 50 percent of people graduated,” he said. “I wasn’t prepared to come to Georgetown. And if we limit the opportunities or legacy status to people who are already positioned to apply to a school like Georgetown, that’s a very small population.” 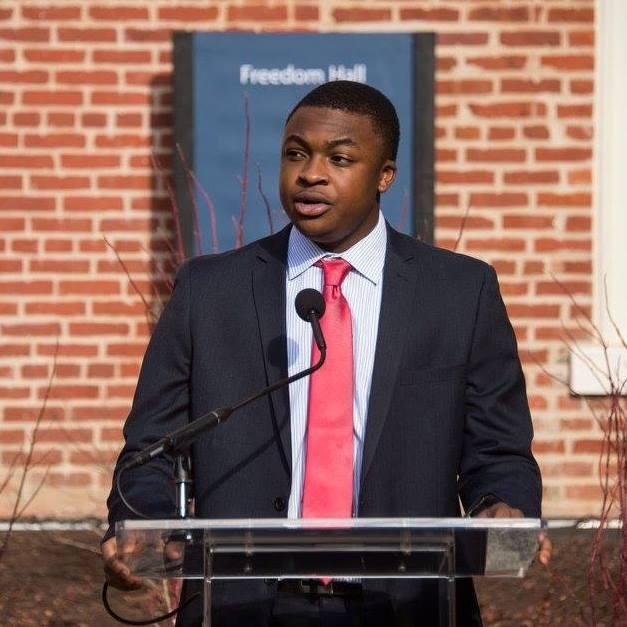 Ayo Aruleba speaking about the importance of the moment at the official ceremony of the building names formerly named after the two Jesuit slaveholders responsible for the sale being changed to Freedom & Remembrance on December 11, 2015
CREDIT OFFICE OF THE PRESIDENT OF GEORGETOWN UNIVERSITY

Back in Louisiana, Karran told me that it’s not just about test scores and good grades. She wants to see this money lead to more extensive and honest education about our country’s history of slavery. “I think about my education, you know, we have Black History Month. So in one month, we learn about Martin Luther King and George Washington Carver and those types of things, but I never ever learned about what it was really like during slavery. I’m certain in your K-12 education, you may not have either. I don’t know anybody who did. Had it not been for Roots, I don’t know if any of us would know anything! So think about the misinformation that’s out in the world. I mean, just recently we had a news person say….”

Michelle Obama said, “I wake up every morning in a house that was built by slaves.”

And Bill O’Reilly responded, “slaves did participate in the construction of The White House. Slaves that worked there were well fed and had decent lodgings provided by the government.”

“As if that makes up for not being free!” Karran said. “This is a grown man. And so not dealing with the truths of this country’s beginnings has been a disservice to us all.”

Karran sees opportunity in this Georgetown dialogue to make real strides in American conversations about slavery.

While the descendants continue designing what they feel is appropriate in terms of financial reconciliation, there are also a lot of emotions still being processed around all of this. Father Matt Carnes is a professor at Georgetown. He participated in the reconciliation working group with Ayo Aruleba. I talked to him on the phone.

He said that thinking about this reparations process made him consider the spiritual aspect of reconciliation. “It’s not enough to think that just recognizing the history is sufficient. It really needs to be something that changes and transforms all of us in an ongoing way, a daily way, a personal way.”

And it is personal for Father Carnes. As a Jesuit priest, this has forced him to connect with the slaveholding Jesuits of this story.

“I mean, these are Jesuits who were as embedded in a sinful system as anyone else, and they had a kind of a blind side that didn’t allow them to see that,” Father Carnes said. “And that’s tragic to me. I mean, these are the guys who took the same vows I take, had the same commitment to God that I do, and they somehow couldn’t see that. And that’s, you know, what are the things that I’m somehow blind to, that I don’t pay enough attention to?”

Descendant Sandra Green Thomas said that it’s not just that Georgetown needs to reckon with the 272 enslaved people that it sold; the descendants of the purchasers, the other end of the transaction, need to enter the conversation as well. “The notion of white privilege in this nation, and in particular in the south, is a very uncomfortable subject for everyone involved,” she said. “And I imagine that the descendants of those who practiced slavery are still very much around.”

There’s no current plan to trace the genealogy of the slaveholders, so there’s still a missing party at the table, which is why the descendants are thinking out loud with each other and hoping Georgetown really hears everything. And if this doesn’t feel like a real end to a story, it’s because it isn’t. In a lot of ways, it’s really just the beginning. “Now what this is doing is forcing America to reckon with the fact that we were a segment of the community that they lived off of in order to prosper and to grow,” says Sandra Green Thomas. “And it wasn’t that long ago. I mean, this country is in its infancy. It wasn’t that long ago when slavery ended, you know? It’s still very fresh.”