In New Orleans, Before Baseball, Football Or Soccer, There Was Raquette 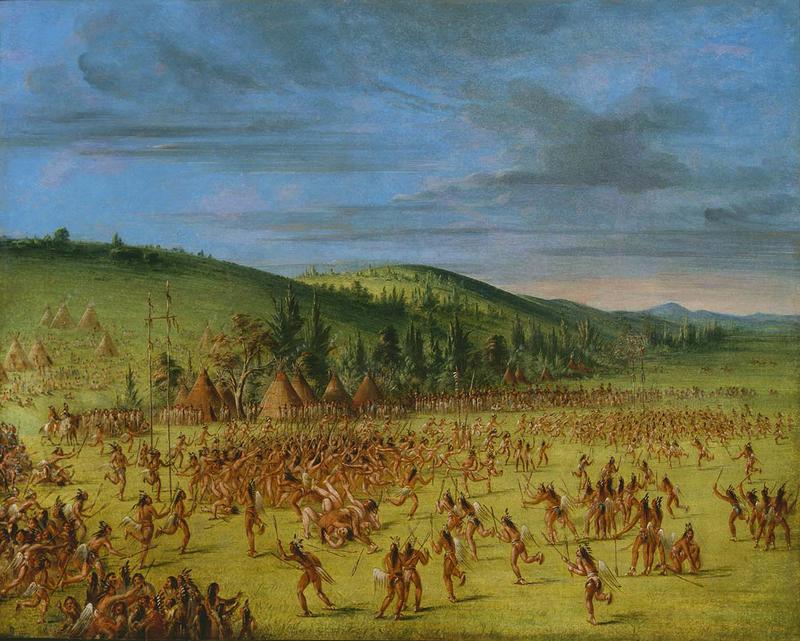 In New Orleans, Before Baseball, Football, Or Soccer, There Was Raquette

In New Orleans, Before Baseball, Football Or Soccer, There Was Raquette

TriPod: New Orleans at 300 returns with a new story about an indigenous sport that became popular before the Civil War.

Players are on a field holding two sticks, one in each hand. The sticks look like modern-day lacrosse sticks but with smaller net pockets. Like lacrosse, they’re trying to pass a ball through two goals on opposite sides of the field. Unlike lacrosse, drummers stand on the sidelines, beating fast or slow, depending on the pace of the game.

Tammy Greer, director for the Center for American Indian Research and Studies at the University of Southern Mississippi: “It’s an ancient game,” she says. “The Choctaws and all the southeastern American Indians played it for centuries.”

Lanina Grace John is a junior at Southern Miss. She’s a Choctaw and a stickball player. “The Choctaw word for the game of stickball is called Choupochatulli,” she says. “The ball is called Towa, and the sticks are called Kabocca,” she explains. “It’s the strongest culture of our tribe, and we want to keep ties with that.”

It’s amazing that an American Indian sport is still played, right now, on college campuses. But what’s really wild is that this sport was passed down. At some point, enslaved people in Louisiana picked up stickball and started playing it regularly. This makes sense, Greer says.

“You realize that the Indians lived on the outskirts of plantation homes, so there was lots of mingling and mixing and sharing,” she says.

Johnson studies slavery in New Orleans and learned about the version of stickball passed down to enslaved communities, called raquette. 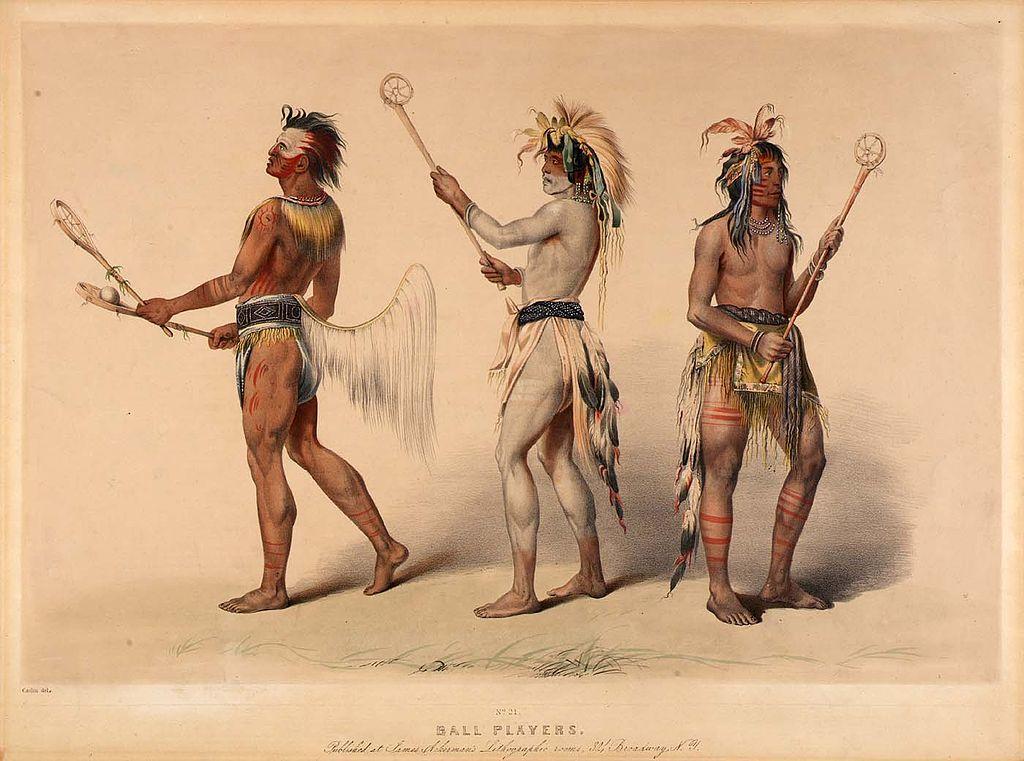 “When I started my dissertation research, I had no idea this had ever happened. And I happened upon a newspaper from the 1850s that reported firsthand accounts from a match and scores, and I thought, ‘what is this? Why is this report about enslaved people at play in this newspaper?’”

The write-up from an 1858 issue of the New Orleans Daily Crescent mentioned that these matches between slaves happened on Sundays, their one day of rest. There were two important teams: the Laville party and the Bayou party—the city team and the country team. They had uniforms, they had mascots, there were referees; it was the real deal. And they’d play this highly physical (and physically taxing) sport in front of a large, raucous crowd of mostly white men. Many of them were the players’ masters, who cheered them on.

“A huge portion of their identities as people, as masters, as men in particular, are made up of their ability to master black people,” says Johnson. “And so I think it would certainly fit in to say that there would be some sort of boost to one’s masculinity or manhood to own or to be able to possess this enslaved man who’d shown this level of dominance on the raquette field.”

The team that won spent the rest of the afternoon parading into the French Quarter, their white masters partying alongside them—a bizarre, shared victory.

Historians of slavery have their own set of questions around topics, a main one being power—how do you master another human being? Johnson drops a phrase I wasn’t expecting: safety valves. 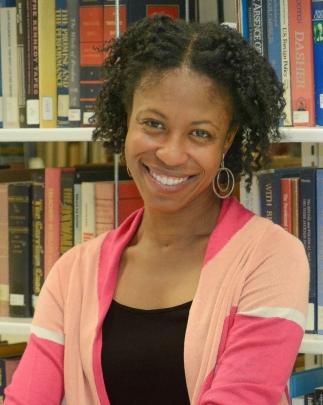 “There’s a reason we think about whips and chains in the context of slavery, for sure, but this business of  safety valves raises the idea that instead of allowing a completely repressive society that doesn’t allow any kind of amusement or any kind of enjoyment, we see these kinds of structured amusements that allow people to play and blow off steam,” she says, “in hopes that by allowing those kinds of small displays, you prevent the kinds of resentments that would then extensively lead to the more large scale rebellions.”

Johnson says that perpetuating slavery was also dependent on white males bonding, as equals. On the sidelines of the raquette field, the rich and poor united.

“As they gaze upon these black bodies on the field, that allows them not to have to pay a whole lot of attention to the very real class distinctions that separated them, right? And so, we could argue that this performance of blackness on the field allowed for a shared white masculinity to trump any of these class distinctions that might have otherwise created tensions among that group, which did something useful for a larger society—that was on one hand deeply unequal, and that also needed total white buy-in into a system of black slavery,” she says.

The word “gaze” makes one wonder if there was an element of physical desire tacked on to this entertainment. Absolutely, Johnson says.

“There’s this strange inconsistency that these spectators are cheering on the virility of these bodies, that at the same time they dread having to face in a slave revolt,” she says. “So I do think there’s something that’s going on at sort of a homoerotic level, in which we have to think about what it means for this mostly male environment, right? That these people can engage in this seemingly thoroughly violent spectacle while ultimately resting assured that it will be contained in a way that will never threaten the spectator.”

Johnson adds that it’s difficult not to draw any connections to modern sports culture, looking at raquette in the antebellum period of New Orleans, for instance, and the 21st century NFL.

“I think there’s a larger connection to be drawn in this question of violence, sport, and black male bodies in particular,” she says. “We have these really great stories of the ways that sports can bring communities together and can bring people together across all sorts of racial lines and regional lines and religious lines and so on. I think that that’s absolutely important, but I think we also have to think about it alongside some of these other questions about this other larger history of exploitation.”

Johnson is right when it comes to the ways sports can be framed. During the Reconstruction era, when raquette was no longer played (it pretty much died out at the end of the Civil War), many white southerners looked back on the sport as a time when blacks and whites supposedly got along.

“There was this idea that there was this harmony in the Antebellum South, because the blacks were generally enslaved or generally understood their places, and that was a critical part of maintaining a harmonious society,” she says.

Another Daily Crescent article from 1897 speaks to this:

“The good old time when domestic harmony was all that could be desired and when blacks and whites were so happy and contented in playing or in witnessing the noble game of raquette.”

Johnson says that kind of account is infused with this nostalgic understanding of the Old South in which people knew their places.

“But this reminds me of one of the central points of my book, which is that proximity is not the same as equality, right? That integration alone, that proximity alone, or multiracialism alone do not necessarily make impossible these other kinds of structural hierarchies that then, and even into the present, continue to create different life possibilities for different people.”