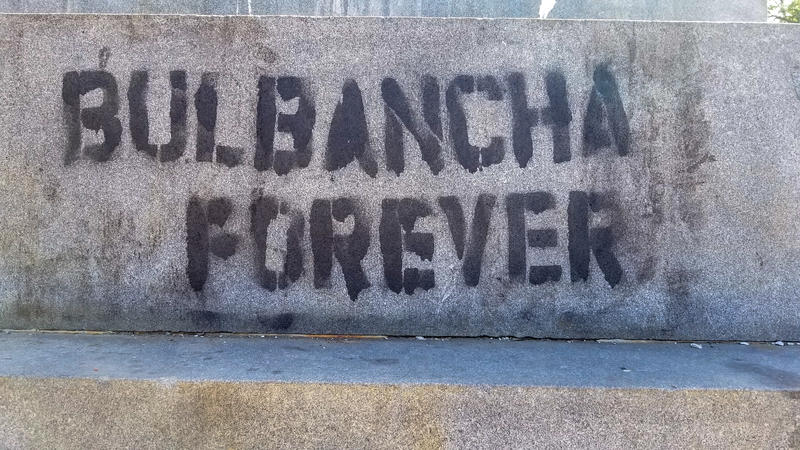 This is the final episode of TriPod. For these past three years, we’ve been telling stories about New Orleans. But, before it was ever called New Orleans, this place already had a name: Bulbancha. The people with whom host Laine Kaplan-Levenson spoke for this episode use this name when they tell people where they live. They live in Bulbancha, and they are telling today’s story—what it’s like living in present day Bulbancha and what it’s been like, as a native person, seeing the city celebrate the Tricentennial…the city’s colonial beginning.

Today, tens of thousands of native people live in Louisiana. We’re just going to hear from a few of them. This isn’t an overview of native history or anything like that; it’s native people telling their stories and their versions of this city’s story. In our final episode, they have the last word.  This is ‘New Orleans, 300, Bulbancha, 3000.’

The voices that appear in this episode are:

TriPod is a production of WWNO New Orleans Public Radio in collaboration with the Historic New Orleans Collection and the Midlo Center for New Orleans Studies at UNO. Special thanks to Evan Christopher for the opening theme music and to Keith Bernstein and Charles Lumar for providing all of the music you heard in today’s episode. Also thanks to Emma Collin for reporting assistance and to the folks at the Bulbancha Is Still A Place zine for all of their support in making this episode possible.

Our editor is Eve Abrams, and our editorial team is Molly Mitchell, Jess Dorman, Connie Atkinson, Charles Chamberlain, Karen Leathem, Lee Leumas, Christina Bryant, and Denise Frazier. This is indeed our final episode, but we’re working on a TriPod website that will launch in the spring of 2019.

Bulbancha Forever graffiti on the base of the Jefferson Davis statue in New Orleans. BART EVERSON
Back
Episodes by Category