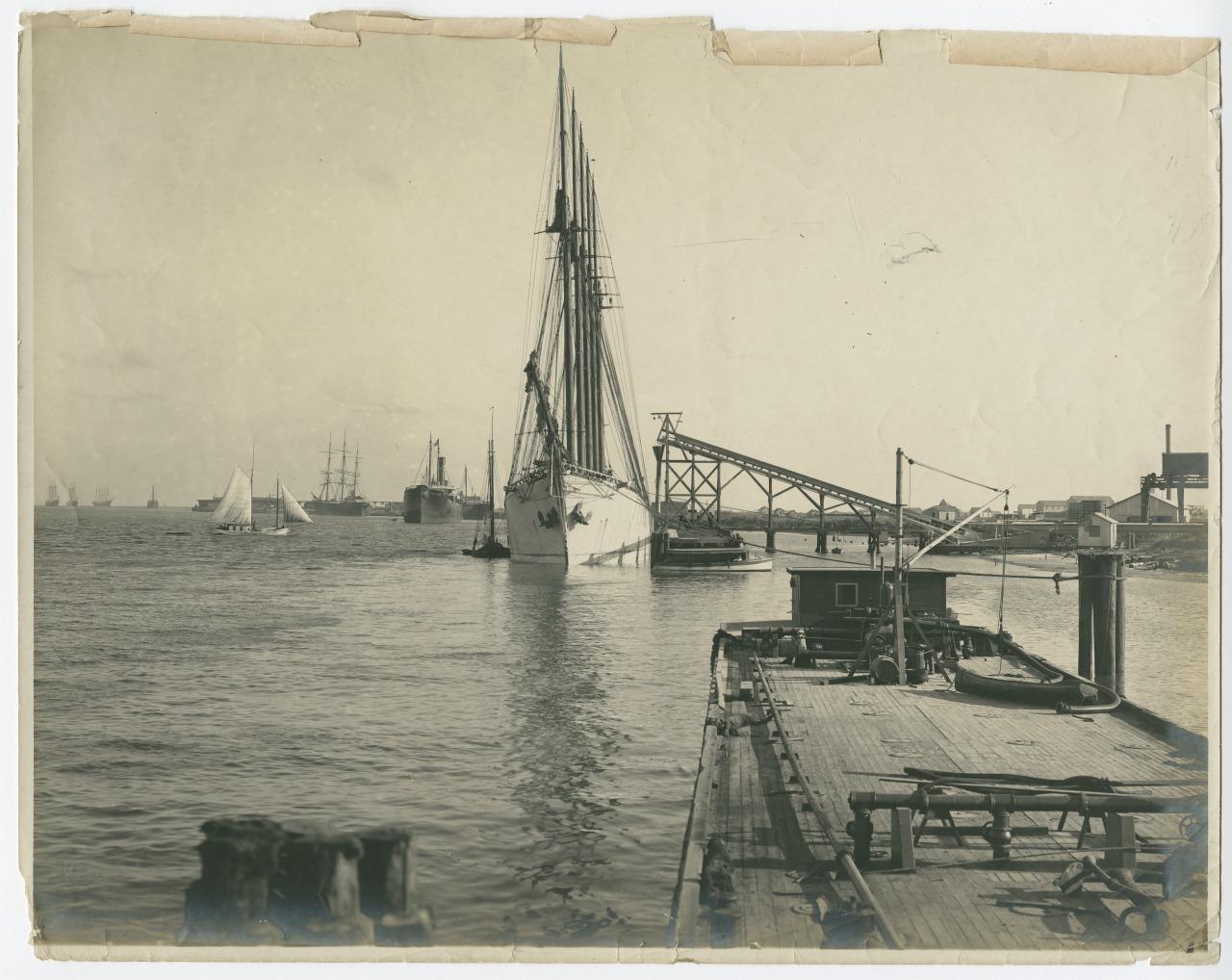 This is the third episode of TriPod: New Orleans at 300. Tri (for the city’s three centuries) Pod (for podcast), and Tripod, the tool that steadies an image when you capture something. TriPod moves beyond the familiar themes of New Orleans history to focus on the forgotten, neglected, or surprising. It helps us better understand present and future challenges.

This story looks at the arrival of Croatian people, and the split communities between the bayou and the city.

Renée Bourgogne is an adjunct professor in Urban Studies at the University of New Orleans and the architectural historian for the Vieux Carre Commission. Back when she was having trouble choosing a dissertation topic, she suddenly realized her subject was right in front of her.

“My partner of six years is Croatian, so I would go to Christmas dinner, and everyone’s speaking Croatian,” she says. “So it just kind of unwrapped from there, realizing I had this entree into this community that a lot of other people didn’t have.”

New Orleans was one of the first places Croatians immigrated to in the United States, starting in the early 19th Century. A lot of them were sailors who jumped ship; they’d have a stop at the port of New Orleans and never leave. Because these guys were so comfortable on the water, they looked for jobs in the fishing industry in Plaquemines Parish, towns like Buras, Empire, and Port Sulphur. They raised oysters and lived in camps out on the marsh.

“It’s funny,” Bourgogne jokes. “You see pictures of Croatia and you’re like, they came here? They moved down to Plaquemines Parish and lived in the bayou? What?!”

Speaking of beautiful things that were left behind, these Croatian sailors jumped ship without girlfriends or wives. But after a few years of making money (and getting lonely), these guys were sick of the bachelor pad life. So they’d write to their home villages and ask if there was someone of eligible age to marry that would be a good fit.

“And then the proposed groom would go back to meet his soon-to-be-bride,” Bourgogne explains. “They would get married there. And then he would come back and send for her a few months later, obviously do paperwork with immigration. You know, I heard this story, sort of over and over again.”

Scholars refer to this phenomenon as the picture postcard bride. As part of her dissertation, Renée interviewed the daughter of a picture postcard marriage. Eva Vienovich’s father left Croatia when he was 15. He came to Louisiana to work for his uncle, who had already established himself as a fisherman in Plaquemines. Twenty-five years later, he was at a friend’s house and saw a picture of a woman on the mantel. “And he told them, ‘I want to go marry that girl,’” Vienovich told Bourgogne during an interview. “Then they wrote letters to one-another. She said that he asked her, and she said okay.”

The men wanted a Croatian girl, and the women wanted to escape poverty. So they came, even if it meant living in camps hoisted on stilts seven feet off the ground, in the boonies. “It was a very lonely place; it was out on the bayou,” Vienovich remembers. “You had to get there with a boat.”

Eva’s uncle’s job was to run two freight boats to and from the nearest town, Empire, about an hour away, to bring people groceries. There were no roads. 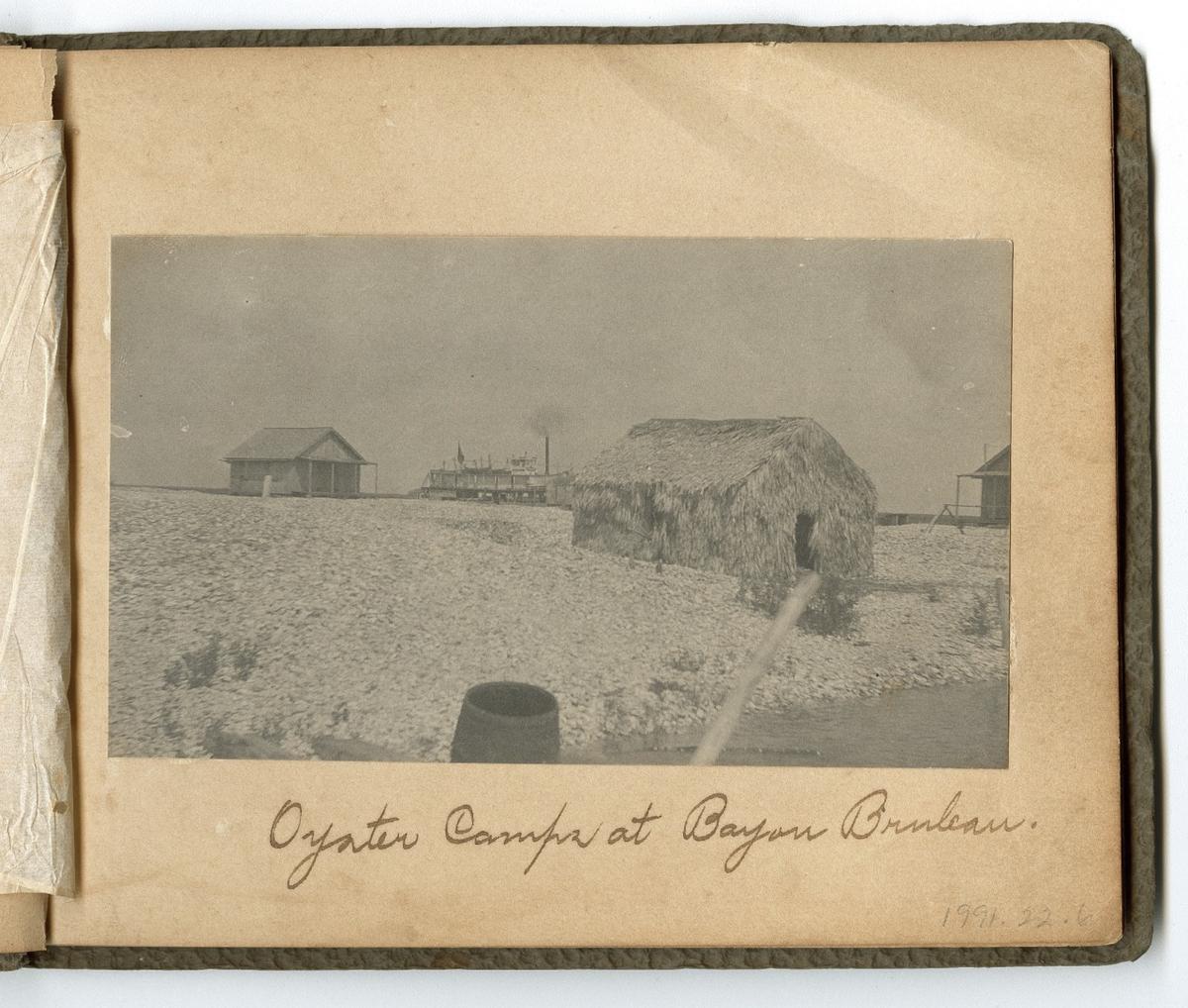 “We stayed there for eight years, and at about eight years old my mama said, ‘we better get these kids educated or something.’” So they went to Empire, which had the connections to schools. This was 1936 and the first time in Vienovich’s life that she realized she didn’t know English.

“I was eight years old, and I came out the bayou, yeah. Kids were yelling around me, talking to me, and I didn’t know what they were saying.”

Vienovich is American born but never heard the English language.

These bayou fishing families were the first wave of Croatian immigrants. While they continued establishing themselves into the 20th Century, something else was going on back home that brought a whole new set of immigrants to New Orleans.

During World War II and into the Cold War era, those leaving Croatia weren’t so much looking for greater economic opportunity, as they were fleeing an oppressive government. This second wave of immigrants started restaurants and saloons in the French Quarter. Both waves spoke Croatian, and oysters, but aside from that, the bayou and city families didn’t have much in common.

Klara Cvitanovich, co-owner of charbroiled oysters-famed Drago’s Seafood, says the mentality of the people down in the country was totally different from the mentality of the people in town. “And you have to remember, the majority of those people came from Croatia with four or five grades of education; they didn’t speak English. Tough life, I don’t think I could ever do it.” 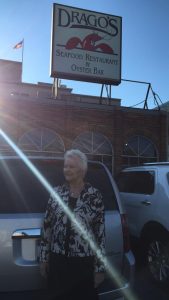 It’s crazy to hear her say the words “I don’t think I could ever do it,” because watching her walk through her restaurant as her staff cascades to either side of the room, like Moses parting the sea, is seems there’s nothing Cvitanovich can’t do.

She was born in Croatia, under communist rule. “I remember going to school, wearing hand-me-downs from aunt in New York, sometimes dresses four sizes too big, waiting in line to get shoes that fit—waiting meaning until 3 a.m. until store opened.”

In anticipation of sending her to America, her father made sure she learned English. After she graduated from high school in 1957, Cvitanovich left Croatia and was sent to live with an aunt who lived in New Jersey. Nineteen and single, she became pen pals with another Croatian, Drago Cvitanovich, 16 years her senior. They both had family in New Orleans so decided to meet there during Mardi Gras that year. “Things happened real, real fast. We got married three, four weeks later.”

Drago was living in Canada at the time, so she moved there, they had two kids, and they spent a few years up there while Drago got his papers together to move to the states, and they moved to New Orleans. Drago worked at his sister’s restaurant until he was able to open his own place, the flagship Drago’s in Jefferson Parish’s Fat City. Cvitanovich used her perfect English to work the front of house and another job.

“I can honestly say today that I lived American dream to the fullest,” she says. “I worked two full time jobs my whole life. I worked travel agency eight to nine hours a day, and then come to restaurant doing everything for it. So six days a week, 14-16 hours a day. And nothing was gonna stop me.”

So there’s this split: two waves of immigration, 19th and 20th Centuries, and these two lifestyles, rural and urban. But Renée Bourgnone says across the board you’ve got hard work, family and marriages that, after just a few weeks of knowing each other, worked. “I feel like we don’t hear beautiful stories like this anymore, particularly in relationships… things get hard and people walk away. Can you imagine the hardship? It’s insane.”

It is hard to imagine, but Cvitanovich says that’s what, in some ways, makes it work.

“We were very close, my immediate family. I had a tremendous marriage, the kids are so close, and there’s nothing else you can ask for. It’s absolutely the best.”

She says that at age 76, still married to 92-year-old Drago, and still holding it down at the restaurant six days a week.