TriPod: New Orleans at 300 returns with a new episode about a Mexican band that rocked the city in the 80s—the 1880s.

Long, long ago, a band in New Orleans swept the city off its feet, but it wasn’t a New Orleans Band. It was Mexican.

There’s this sort of mythical thing…it’s like this band comes to New Orleans from Mexico, and they’ve got military brass instruments, and it gets pinpointed as the beginning of something, which is really interesting…interesting because nearly 150 years have gone by, and jazz musicians like my friend Byron Asher, are still talking about this one band.

It’s 1884, and New Orleans is celebrating an anniversary, not the tricentennial: the 100th anniversary of the first shipment of U.S. cotton to Europe which went to London in 1784.

Eric Seiferth is a historian at the Historic New Orleans Collection. He says, back then, New Orleans is hosting The World’s Industrial and Cotton Centennial Exposition, because the city is trying to highlight itself as the center of the New South. The civil war destroyed the South’s agricultural and slave economy. So now, New Orleans and the south are trying to say, hey, we’re back in business! And, we’re modern! But we’re also still celebrating cotton. 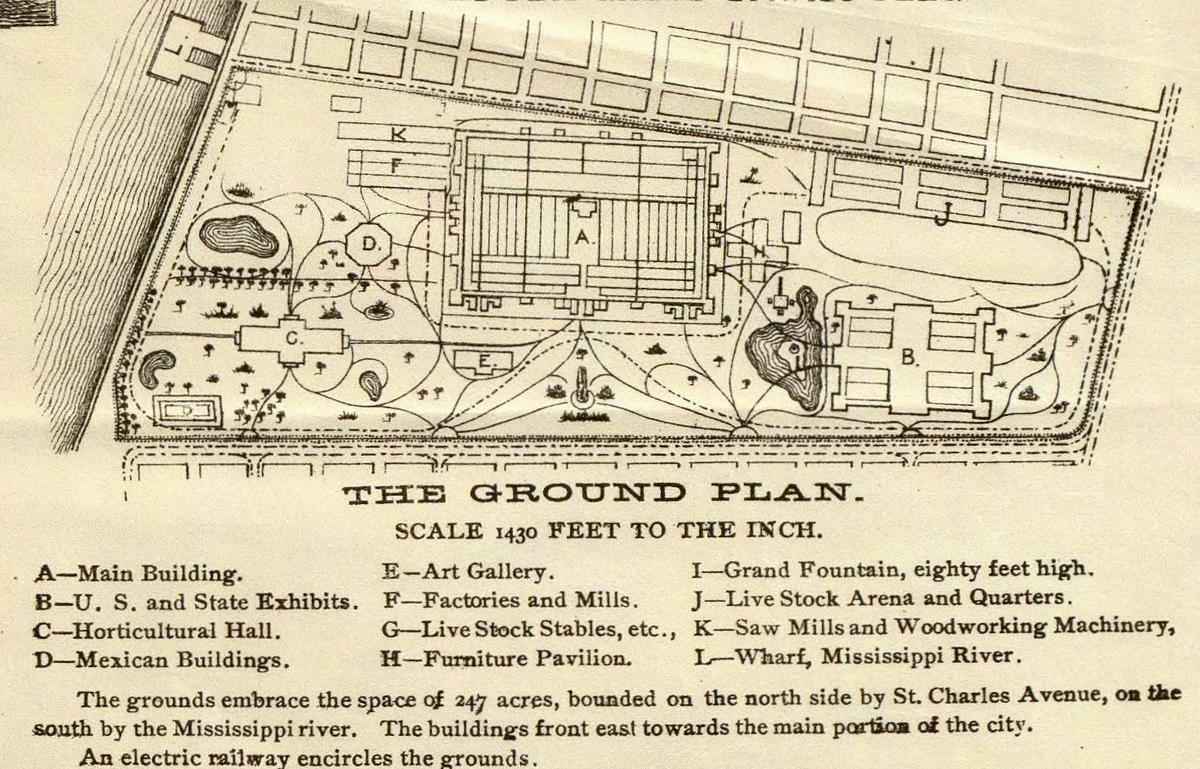 Seiferth said, “so you have this interesting dichotomy of New Orleans and the South trying to figure out its identity and arguing that it’s looking towards the future, but at the same time it’s kind of still very much rooted in the in the past.”

The cotton expo takes over Audubon Park for six months. It’s like a world’s fair, and countries from all over come to show off what they’ve got and do business. And the largest exhibitor is Mexico. Their area is as large as Great Britain’s, France’s, Portugal’s, and Spain’s put together. Mexico’s military dictator Porfirio Diaz saw the expo as a massive PR campaign and a great way to encourage American investment. A million people show up to this thing! The main draw? The music. New Orleans was already known for its music.

Yeah, he just said that. The bayous were alive with the sounds of music: classical, opera, brass. And then suddenly, this Mexican band shows up. The 8th Cavalry Mexican Military Band. And all the local musicians are like, wait…these guys can shred.

Jack Stewart is a musician and music historian and one of a handful of people who actually knows about the Mexican Band.

“It was just an extraordinary moment,” Lemmon said.

In the vault of the Historic New Orleans Collection, Eric pulls out one of the only photographs of the band. It’s an amazing photo—they’re standing underneath a huge oak tree on the grounds of the fair and looking very impressive.

“This band is, I think, 76 members, so it’s a large group,” Seiferth said. “They’re wearing their military dress uniforms, which are these kind of dark, probably dark blue or black, uniforms with some ornamental buttons down the front, and they’ve got caps on.”

They’re holding every brass instrument you can imagine: tubas, cornets. There are some saxophones and trombones. And they play those instruments so well. But hold up—let’s take a step back for a second and realize where we are in music history. In 1884, where is jazz at this point? Jazz is about 30 years in the future. Jazz does not exist, and neither does recorded music. I want to play you something from the 8th Cavalry Band, but I can’t. So what were they playing?

Like Roses and Thorns and Over the Waves, songs like that. And Over the Waves really came on big. It turned out to be a huge hit. Over the Waves, aka Sobre las Olas. Right now you’re probably thinking, huh, I don’t know that tune, but, you do. You’ve heard this song at the circus, because almost every flying trapeze artist does their routine to Over the Waves. It’s all coming back to you now, right? Well, this is the first time Americans are hearing this song that was written by a Mexican composer in Mexico and then played here. So a huge brass band comes to a music town, plays New Orleans’ favorite hits of the day, then they slip in their own stuff, and people just lose it. 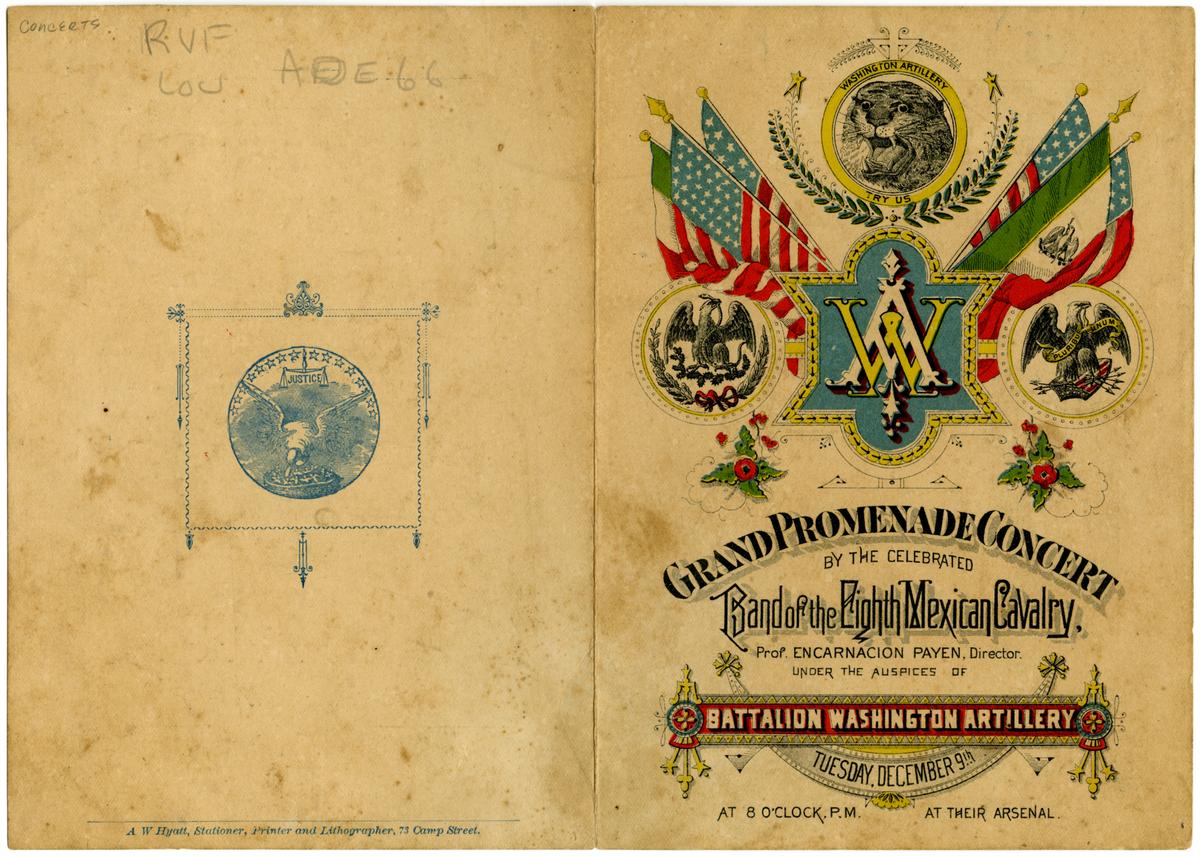 “If you’re looking through the newspaper accounts of what’s going on day-by-day, the city, at least the writers, the journalists, are kind of obsessed,” Seiferth said.

Eric reads me a newspaper clipping from February 6th, 1884, in the Daily Picayune.

“There has never been a band which has taken such hold on the affections of the people of New Orleans, not only on account of its artistic ability, but the individual and social qualifications of its members.”

Seiferth said, “it didn’t take them very long, right? That’s eight, nine weeks and the city has fallen in love with them.

I’m imagining the first time the Beatles played the Ed Sullivan show. OK, maybe it wasn’t that crazy. But, maybe it was. “Some days the Mexican band is playing twice a day. And there are some weeks where they play essentially every day,” Seiferth said.

People can’t get enough and want to keep hearing the music from their homes. But remember, there are no recordings of music yet. So you can’t go buy the record, or CD, or find it on Spotify. The only way to hear it again is literally to learn how to play the music yourself. So you consume popular music through sheet music.

“And the Mexican sheet music produced here was incredibly popular, so popular they keep producing more and more and more of it,” Seiferth said.

Junius Hart was one of the  biggest music publishers at the time, and once the 8th Cavalry Band showed up, he started feverishly publishing their music. 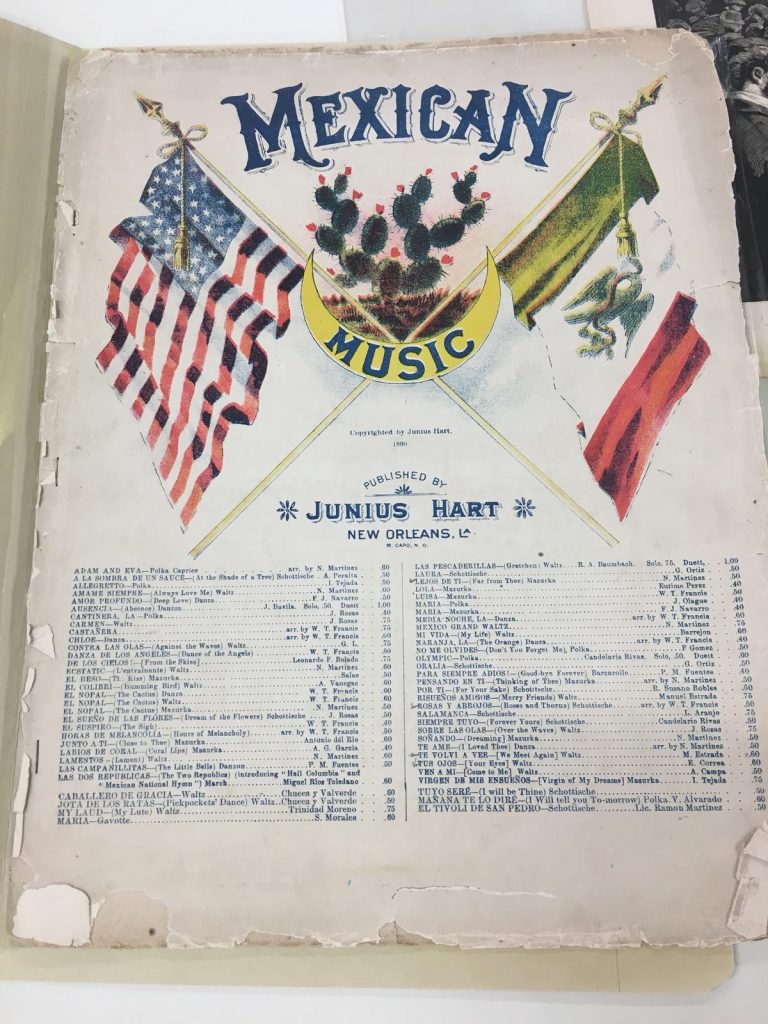 People bought the music, and learned how to play it on the piano themselves. That’s the only way they could listen to the new smash hit Over the Waves. Hart claimed he sold more than 200,000 copies.

Seiferth said, “it’s hard to deny that a musical event of this nature with a band this popular wouldn’t have impacted popular music—and impacted that first generation of jazz players.”

This 8th Cavalry Band was integral to early jazz, along with a lot of other types of music, such as opera, classical, brass, African, Cuban, Haitian. When New Orleans musicians were exposed to the Mexican band, it added a new layer of sound. After the expo, New Orleans kept inviting the band back over and over again. And they returned for multiple performances, knowing they would always be welcome and celebrated in the city. 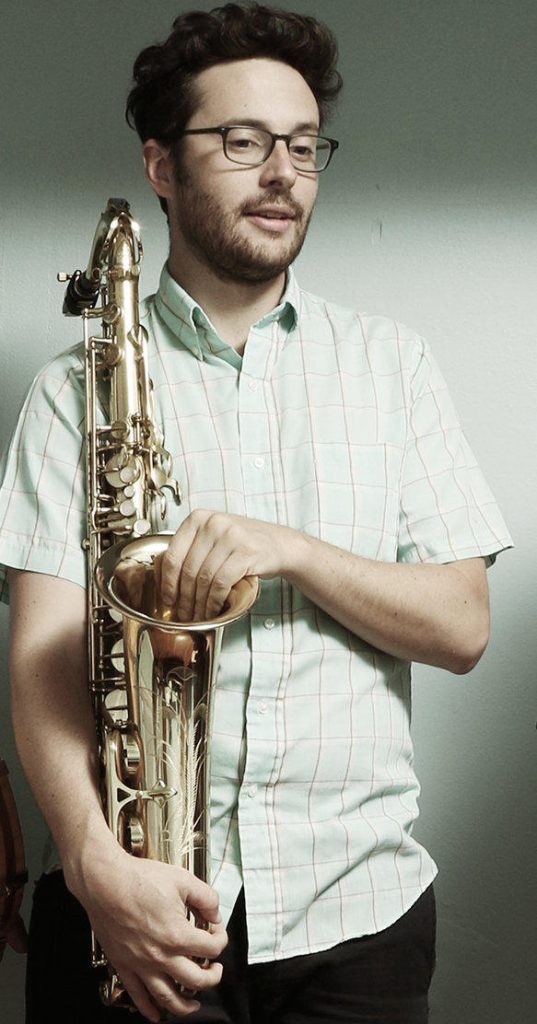 I took this story back to my friend Byron Asher, the jazz musician who had heard the legend of the Mexican Band, but because there are no recordings of that band, had never heard them play.

“Yeah, that’s so interesting,” Asher said. “I really want to know what it sounded like. I’d like to see that sheet music, the original.

So he searched for the sheet music online and found Over the Waves, the original published by Junius Hart. Then he pulled out his clarinet and played.

“You know what’s really cool? What you just did is exactly what, like, thousands of people did after they heard the band,” I said.

“Totally, totally. They were like, ‘oh man, I want to do that again. I guess I’m going to have to go home and play it on the piano.’ Yeah, totally, which is wild, wild,” Asher said.

And then Byron nerded out to some Mexican music, like it was 1884.

He said, “that’s actually like, that’s hip as shit!” And he continued to sightread Over the Waves in his living room.

TriPod is a production of WWNO in collaboration with the Historic New Orleans Collection and the Midlo Center for New Orleans Studies at UNO.

A photograph of the 8th Cavalry Mexican Military Band at the World's Industrial and Cotton Centennial Exposition in 1884. HISTORIC NEW ORLEANS COLLECTION
Back
Episodes by Category