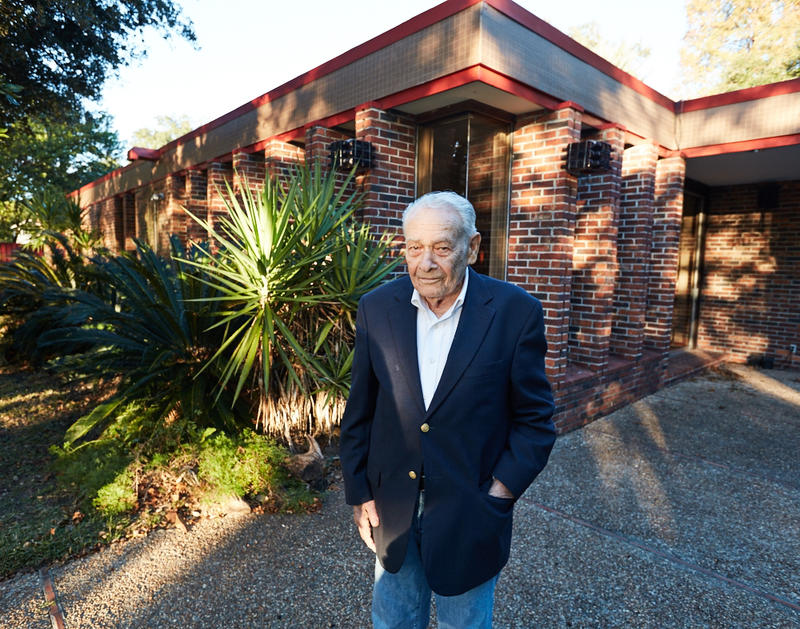 TriPod: New Orleans at 300 brings us another edition of TriPod Xtras. Host Laine Kaplan-Levenson sat down with 92-year-old Architect Al Ledner. Ledner graduated from the Tulane School of Architecture and briefly left his hometown of New Orleans to study with Frank Lloyd Wright. He has buildings all around the country and is known in New Orleans for the homes he built on Park Island in Bayou St. John, including the Cointreau home.

Laine and Mr. Ledner met there before a party being held for the accomplished architect to talk about his life and career, starting with what makes this mid-century residence a modern design.

TriPod is a production of WWNO New Orleans Public Radio in collaboration with the Historic New Orleans Collection and the University of New Orleans Midlo Center for New Orleans studies. Special thanks to Evan Christopher for the opening theme music. Catch TriPod on the air Thursdays during Morning Edition and again on Mondays during All Things Considered. You can hear TriPod anytime, anywhere by subscribing to the podcast on iTunes, and give the show a review! TriPod is also on Facebook, Instagram and Twitter at @tripodnola.

Al Ledner outside of the Cointreau home he designed out on Park Island in New Orleans. ROY BEESON
Back
Episodes by Category