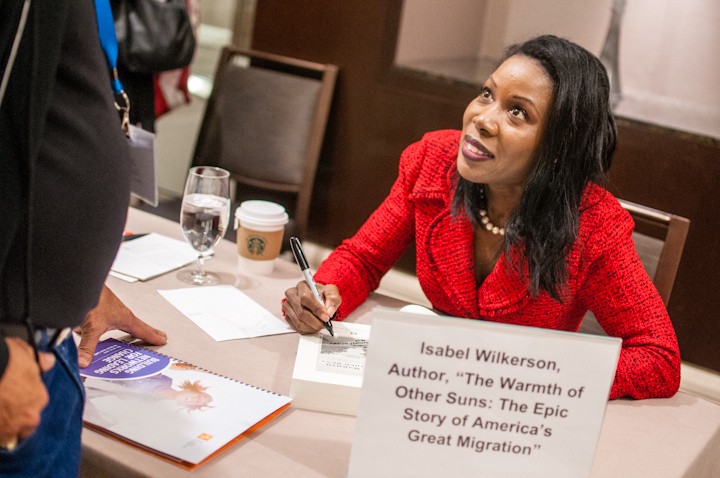 TriPod: New Orleans at 300 returns with a new TriPod Xtra segment, where host Laine Kaplan-Levenson sits down with a special guest for a one-on-one conversation. This week, Laine spoke with Isabel Wilkerson, author of The Warmth of Other Suns: The Epic Story of America’s Great Migration, while she was in town to give a talk at TEDWomen. This historical work studies the movement of African Americans who left the South for the North, Midwest, and Western parts of the United States, between 1915 and 1970. Wilkerson follows three characters; one is a man named Robert Joseph Pershing Foster, a doctor who left Monroe Louisiana in the early 1950s and resettled in Los Angeles. Laine spoke with Wilkerson about the impact this Great Migration of southern African Americans had on the country at large, starting with how this massive migration affected the place these six million people left behind: The South.

Isabel Wilkerson will return to New Orleans in March, where she’ll be speaking as part of the city’s Tricentennial Symposium. TriPod is a production of WWNO New Orleans Public Radio in collaboration with the Historic New Orleans Collection and the Midlo Center for New Orleans studies at UNO.