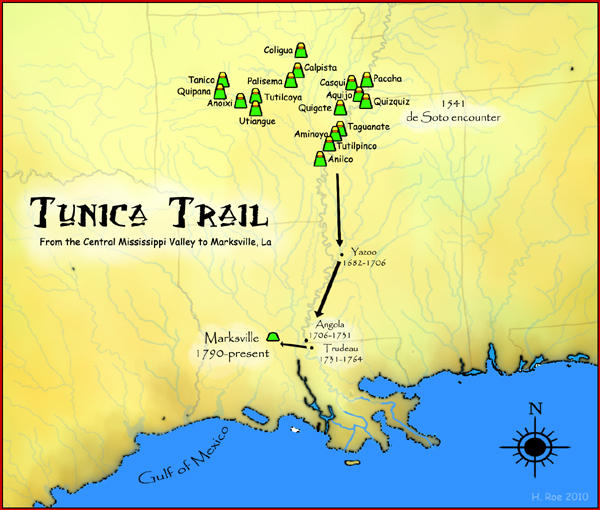 John D. Barbry is the Director of Development & Programming, Language & Culture Revitalization Program for the Tunica-Biloxi Tribe of Louisiana.  He is one of the authors of the new book from the Tunica-Biloxi Tribe of Louisiana: The Tunica Biloxi Tribe: Its Culture and People. Barbry spoke at the Historic New Orleans Collection last month, as part of programming for their exhibition, “New Orleans, the Founding Era.” The exhibition is on view through May 27, 2018, at 533 Royal Street.

TriPod is a production of WWNO in collaboration with the Historic New Orleans Collection and the Midlo Center for New Orleans Studies at UNO.