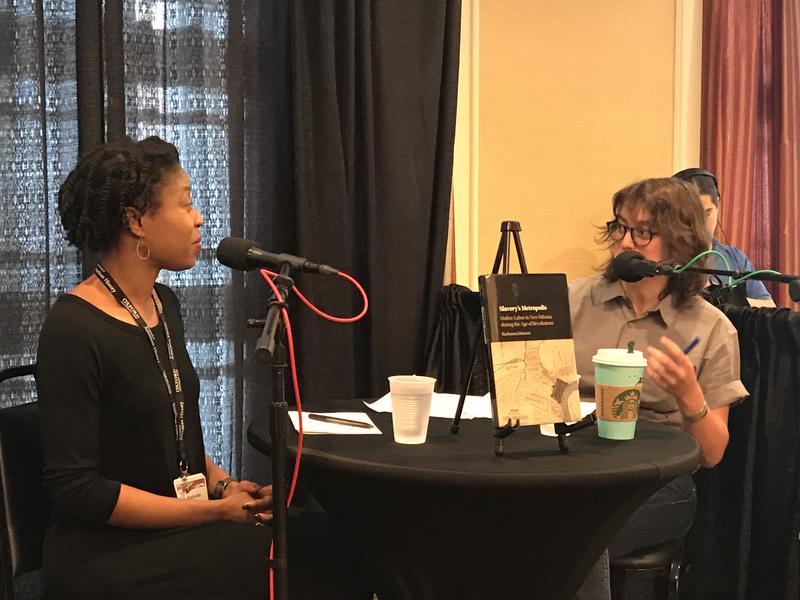 TriPod: New Orleans at 300 returns with another edition of TriPod Xtras. Host Laine Kaplan-Levenson and Dartmouth history professor Rashauna Johnson have talked before for the show. This time, their conversation was taped live during the 2017 Organization of American Historians conference that took place earlier this year. The two discussed Johnson’s first book, Slavery’s Metropolis: Unfree Labor in New Orleans during the Age of Revolutions, which won the 2016 Williams Prize for the best book in Louisiana history. It examines slavery in an urban society and how slavery in New Orleans intersected with the city jail. Here, Laine begins by asking Rashauna why she included the penal system in her award-winning book.

TriPod is a production of WWNO, The Historic New Orleans Collection, and the Midlo Center for New Orleans Studies at UNO. You can hear an extended version of this interview on the TriPod podcast, so subscribe to TriPod wherever you get your podcasts.